PRECISION PRO is a dual-sided powermeter consisting of two pods, each permanently installed on the inside surface of a bicycle crank to measure rider wattage output and other cycling performance metrics. The lightweight design of the PRECISION pods – 25 grams combined, including batteries – makes the 4iiii solution a favourite of riders on the S-Works bike that Specialized has equipped for teams Quick-Step Floors and BORA-hansgrohe.

“2016 was a strong year for both 4iiii and Etixx – Quick-Step.” says Kip Fyfe, President and CEO of 4iiii Innovations. “We are proud of how PRECISION PRO performed under the most harsh conditions on the World Tour and are excited to welcome our second team, BORA-hansgrohe in 2017. 4iiii is continually raising the bar with world class technology. We deliver best in class data measurement and customer support on the global stage.”

Quick-Step Floors is a World Tour cycling team established in 2003 and based in Wevelgem, Belgium, an icon for Flemish cycling. Comprised of 29 riders from 13 different countries, the team has expanded from its Belgian roots to build an international reputation. In 2016, Quick-Step Floors was the most winning team for the fifth year in a row, with 56 victories.

BORA-hansgrohe is a UCI World Cycling Team based in Raubling (Bayern/GER). In 2016 with 21 riders the team claimed 10 victories and were a wildcard for Tour de France and Vuelta a España. The 2017 BORA-hansgrohe team is comprised of 27 members containing three country champions and the current world champion. In the past three years, BORA-hansgrohe has competed in three major world tours while following their philosophy: Ride. Natural.

4iiii Innovations Inc. is a global leader in sport monitoring technology. Partnering with Specialized in support of both Quick-Step Floors and BORA-hansgrohe the company is poised for the podium and another outstanding year in 2017.

Quick-Step Floors is a World Pro Tour cycling team established in 2003 and based in Wevelgem, Belgium, a city that’s symbolic to Flemish cycling. The team is made up of 29 athletes of 13 different nationalities. The team focuses on its Belgian roots, but also has an international impact. Team work, talent, sports-applied technology, commitment, willpower, excellence are the principles that guide the activities of the team day by day.
For more information: www.quickstepfloorscycling.com #WayToRide

4iiii’s sponsorship of Quick-Step Floors and BORA-hansgrohe is made possible through a partnership with the team’s official equipment component supplier, Specialized Bicycles (Specialized). www.iamspecialized.com 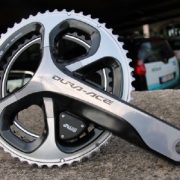 Team Etixx – Quick-Step riders at a training camp in Denia, Spain in December 2015. 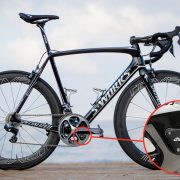 “This collaboration with the Etixx – Quick-Step and Specialized will add to 4iiii’s on-going development of game-changing sport and wellness devices. It’s exciting,”  Kip Fyfe