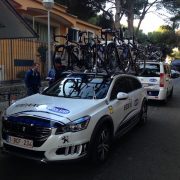 Hello readers and welcome to my mid-February update! Up until halfway through January, my role with Team Etixx – Quick-Step was mostly to make sure that 4iiii PRECISION power meters used by riders were performing up to expectation and being optimally utilized during training camps.

Towards the end of January, things changed with the start of the race season. Although the races at that time of year aren’t huge, iconic races, they are very important to the team because it’s a chance to test all of the equipment and for all riders to get used to racing with each other again (especially the new recruits).

Inevitably, with the onset of races, the stress level goes up. It’s no longer about collecting miles and doing intervals. Victory is on the line and things have to be dialled in.

The first race I attended with Team Etixx – Quick-Step was the 4-stage Mallorca Challenge. 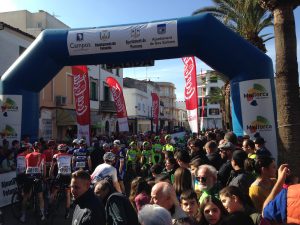 Excitement builds at the start of the Mallorca Challenge.

From a power meter technical support perspective, there’s little that can be done once the race starts, so the most crucial part of the day is to be present at the start to make absolutely sure that everything is working 100%.

The usage of power meters is quite difference from training to racing.  During training, power meters are used extensively to devise training plans and power ranges are provided to the athletes for their intervals to ensure that they train the appropriate zones and techniques that the trainers have identified.

Road racing is a different beast all together. While some athletes will race to power numbers, for most it’s a question of reacting to the ebb and flow of the peloton and responding to the attacks of others. When racing, one simply does what needs to be done. Except on sustained hills, aerodynamics play a huge role in the speed of a cyclist and the most critical factor is stay in the draft other riders. Drafting behind other riders will save 30% of the effort, or more, when traveling at the same speed. If you let up, to ride within your own comfort level at a crucial point in the race, you will avoid burning the matches required to stay with the other riders, but you will also give up their draft, which will almost certainly cost you the race. It’s a question of short-term pain for long-term gain.

This isn’t to say that power numbers aren’t important during racing. In fact, they are especially crucial for racing time trials and on steeper climbs. Even for road races, the data is an important post-race analysis tool and the best indicator of the capabilities of an athlete under race conditions.

Challenge Mallorca ended up being a great race for the team with Gianluca Brambilla taking the victory in stage 2 with a daring late attack. 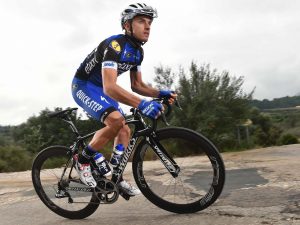 As for the riding in Mallorca, well the island isn’t that large so can basically ride anywhere within a couple of hours. I took advantage of that proximity to see some of the fantastic riding on the island. 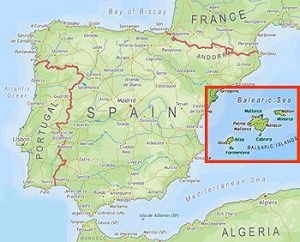 Mallorca is an amazing place for riders, featuring lots of varied terrain and sceneries.

Any cyclist visiting the island really needs to make a point of riding the exquisite winding road to the lighthouse at Cape Formentor, just watch out for all of the goats!  Also on the north side of the island, the climb from the sea, up the Sa Colabra climb is a must-do.  The road snakes its way through a canyon, from sea level, nearly to one of the highest points on Mallorca.  The climb from Soller is also worth the trip.  It isn’t as spectacular as the others, but definitely wins the award for most consecutive switchbacks. 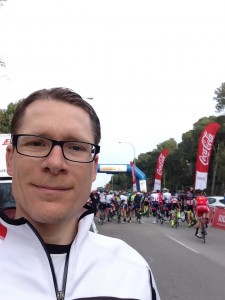 The 6 coolest accessories we’ve spotted this week: Sportiiii heads up...