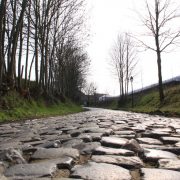 What follows is a first-person account from Martin Dodd, our Channel Development Lead, International Markets, who participated in two of cycling’s most famous sportives. The first is his race report from the Tour of Flanders Cyclosportif. We’ll publish his report from the Paris-Roubaix Cycling Challenge also.

A Dream of Flanders and Roubaix

When people ask me what my favourite cycling races are, without hesitation I respond, ‘The Tour of Flanders and Paris-Roubaix.’ So when I was invited to go to Belgium to experience “Holy Week” and support our 4iiii Dealers I was beyond excited to be given this once in a lifetime opportunity. 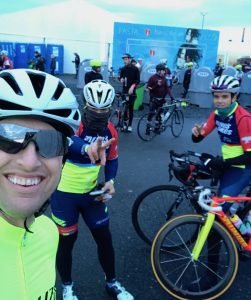 In cycling, Holy Week consists of the Ronde Van Vlaanderen (The Tour of Flanders), Scheldeprijs and culminating with the ‘Queen of the Classics,’ Paris-Roubaix. Before I left for Belgium I was asked if I wanted to join some dealers and ride the Tour of Flanders Cyclosportif and the Paris-Roubaix Cycling Challenge. Both events are run the day prior on the same course as the men’s race the following day. Without hesitation, I said yes.

The morning of the Tour of Flanders started with anticipation of what was in store for us: Over 175km of riding up and down the famous cobbled climbs of Belgium. The ride started on paved roads. With the first climb looming, my heart skipped a beat. This was it, I was going to experience my first cobbled climb.

Floating Over the Cobbles

As soon as we hit the first short, steep climb the adrenaline took over and I felt like I was floating over the cobbles. I was passing riders as my bike was thrown from one cobble to the next. I was trying hard to make my rear wheel grip on the slick, damp cobbles that had been laid centuries ago.

As I crested that first cobbled climb, I had a grin from ear to ear. Today was going to be awesome. I reminded myself to try and soak everything in, to burn it into my memory. Soon we were well into the ride and approaching the famed Muur climb. As you crest the Muur, the famous church sits atop the hill, looking down on the cyclists, giving them right of passage on these holiest of roads. 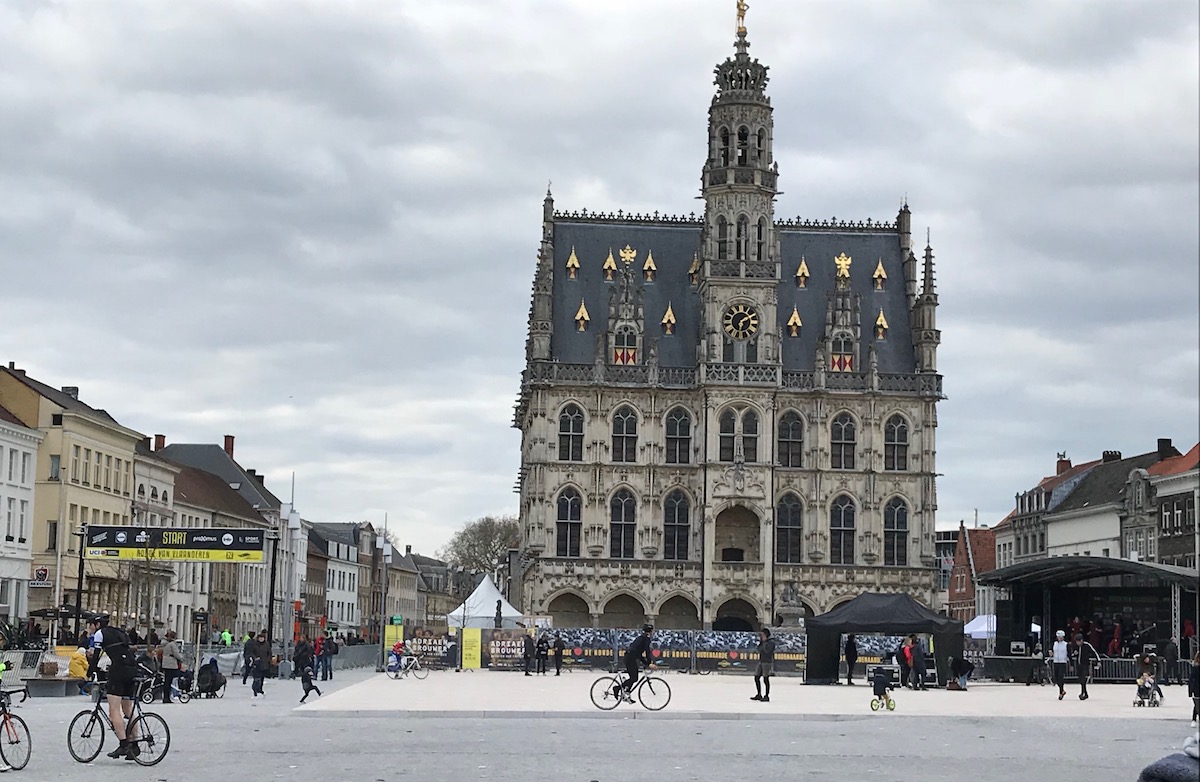 Going Deep and Feeling the Pain

Upon reaching the 100km mark, things were starting to get interesting. Each climb was approaching quicker and feeling steeper and rougher than the last. My body was taking a pounding and we still had over 75 km left. The most famous climbs of the Koppenberg, the Kwaremont, and the Paterberg were still left to ride. As I approached the Koppenberg, I knew I would be walking up this one. Not due to the grade, or the cobbles; it was due to the hundreds of people struggling to get up it.

This event is one of the most popular of the year, attracting 16,000 participants. When you approach these famous climbs they can be so crowded, there is no choice but to trudge up them, slipping and sliding while trying to gain any grip from your slick cycling shoes. After walking up that climb I was determined not to experience that again.

During the ride, I had no idea which direction I was in as the course, ducked and weaved through beautiful villages, farms, and towns seeking out every climb that is in the area. We would climb up one hill, just to immediately descend to climb straight back up another hill, sometimes even the same hill. 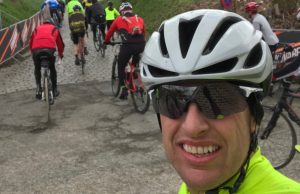 After 150 km I had reached the Oude Kwaremont, famous because it is traditionally the point of attacks that win the Tour of Flanders. The climb was everything I expected and far more, with people screaming, encouraging you to keep going. My legs were burning, as I inched my way over every bump and crack. What I wasn’t aware of was the Kwaremont doesn’t seem to end, especially when you just want it to be over. Finally, after I crested over to the false flat of the cobbled road I was on smooth pavement, my legs yearning for this to be over.

There was still one more climb to go, the heinously steep Paterberg. Luckily it was relatively short. The crowds were now deep, with beer flowing, warming up for the real deal tomorrow, encouraging their favourite rider onwards to victory. My victory was now to get over the top of the Paterberg and power on to the finish in Oudenaarde, 15 km away.

As I turned left I rode over a picture of Peter Sagan’s face, painted on the road, wondering what he would feel like tomorrow, riding over his own face, and vying for victory himself.

After 6 hours and 30 minutes I finally crossed the finish line, totally spent, yet feeling euphoric. My own holy week had begun. I had actually ridden over these historic climbs, where countless of my heroes had ridden before me and will ride after me. Emotion filled me. The Muur, Kwaremont, Koppenberg, and Paterberg didn’t disappoint.

How cycling continues to change my life

Cycling Movies: Because You Can’t Train All the Time
Scroll to top