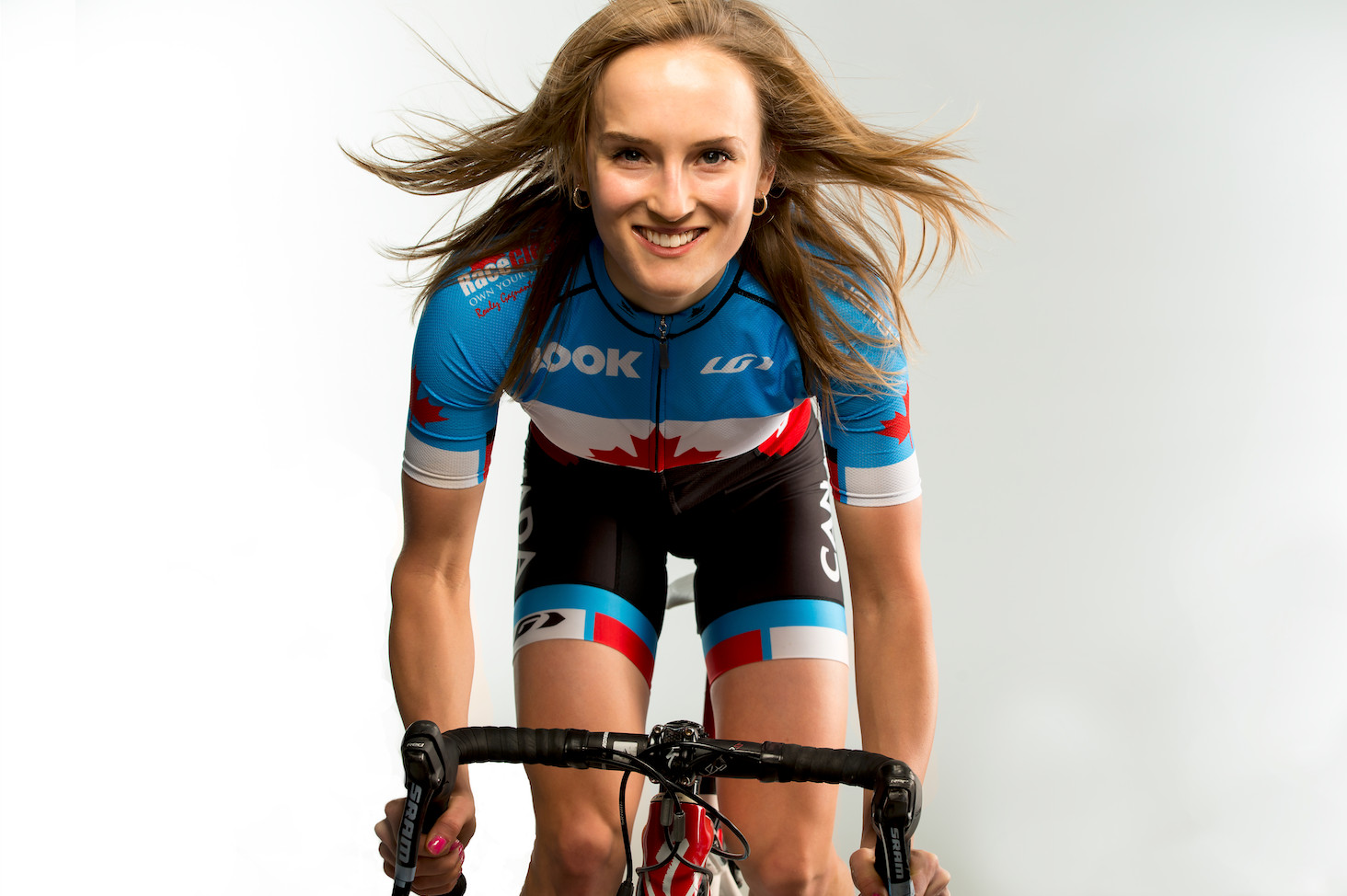 I’ve been racing professionally since 2012. I got a late start. I don’t come from a typical athletic background where families often enjoy sports together, or encourage their kids to get into competition. I was the odd one out: I negotiated permission to attend dinner late so I could go jogging. I’ve dug big holes in an empty garden plot in the backyard when I couldn’t get off the property to get to a gym. I tricked my parents into “making me” mow the lawn or shovel snow, to get out of vacuuming their carpet. (Because, pushing the mower or the shovel feels like a sport.) I liked to move. (Full disclosure: I’m grateful that my parents signed me up for swimming lessons as a kid, and I was always glad to get the end-of-year soccer trophy for…participating. In 5 years, I scored one goal.)

During the 2020 Covid Pandemic, since races are on hold, I took my motorcycle and bike on a trip to visit the town that I grew up in. I hadn’t been back in 4 years. I rode the same roads that took me on my first cycling adventures. It was trippy. Trippy because it put me back in the same mindset I had 15-20 years ago, and I understood on a deeper level why my bike meant so much to me.

I always liked riding my bike, and I really fell in love with cycling as an adolescent. The bike became my ultimate tool to access freedom and independence. At first I rode my father’s bike that he found in the garbage. (Only when I had permission. Sometimes that permission would unexpectedly get pulled from under my feet.) Dad would tell people that the bike actually cost 38 cents: the price of the electrical tape he purchased to wrap its bars. Eventually I rode a department store-double suspension monster that I gifted myself for my 13th birthday. I was always riding. The Roadies started waving at me. What. An. Honour.

My highschool boyfriend’s older sister warned me that as soon as I was old enough to get a drivers license, I would stop loving cycling. Christy was wrong. I just loved it even more. Eventually, without hardly noticing, I developed a fear that something could take the joy of cycling away from me. It took a while to get over bad habits I used to protect myself from falling out of love. Tossing each one out the window made me a little better:

First: I would avoid the little chainring as much as possible. In my mind: “The little ring is for weak people. Weak people can’t access the joy of the ride.” When I tried to start group riding, a guy named Brad noticed immediately, and called me Hammerhead. If I wanted to do group rides with him and his crew, I had to spin. I followed his rules. I discovered the joys of a good cadence and smooth pedal stroke.

Second: I put off using a computer for the longest time. I didn’t want to feel pressure to go at a certain speed, over a certain distance, or for a certain time. I wanted the sense of satisfaction to come from within. Not from what some number said. I installed the computer, and I learned I could put the thing in my jersey pocket when I’d had enough of using the numbers to make fun games and challenges. (It took a while to get over the idea that a ride under 60km “didn’t count”.)

Third: I started racing in my twenties when I decided I had to learn to be really bad at something, and just roll with it. I knew I’d suck at bike racing (because I’d never done it). It was unplanned, but eventually after lots of practice at being a bad bike racer, I started to get better. I wanted to do more races and it became apparent that I could use a coach. However, I was disgusted at the thought of someone dictating when and how I would ride. That would siphon the pure joy right out of cycling. But it didn’t. I learned so much from my coach and I started to arrive at races on FIRE. The year after working with him, I signed my first semi-pro contract. The following year, I got my first true professional offer. It happened that fast. 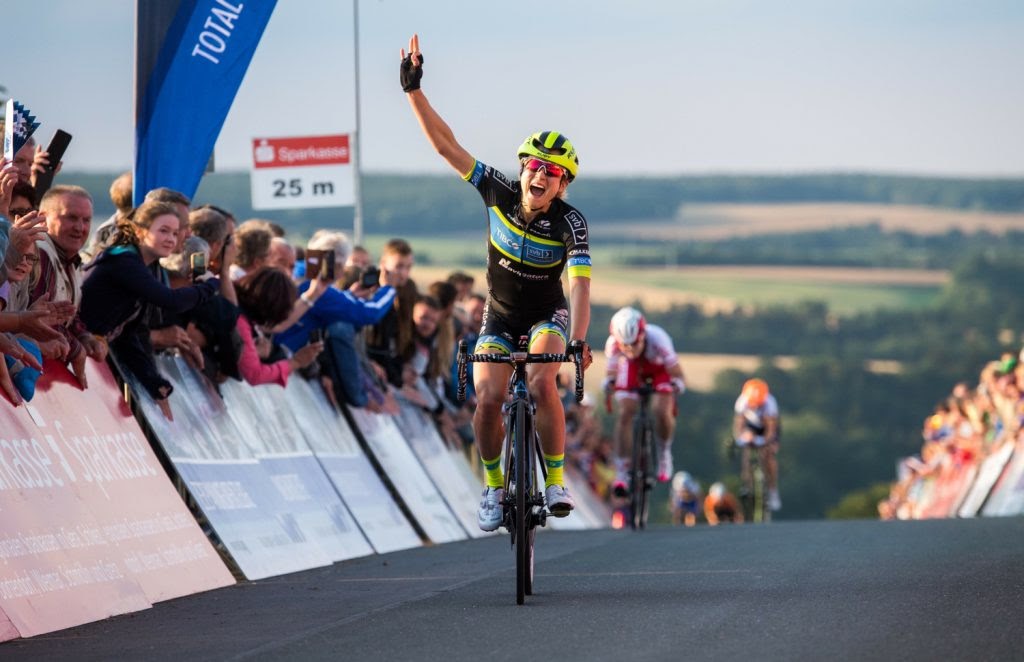 The curve of my progression in cycling took off when I started using a powermeter for training. I’d gotten to where I was in cycling because I rode so MUCH. Most newer riders can relate: I wanted to get better so I could experience cycling in even more new ways, so I figured I needed to ride even more. With a powermeter installed, suddenly the concept of quality vs quantity became apparent. Power data proved when I was tired, I could not hit the numbers I could with fresher legs. Even if I felt like I was going hard, the watt readings would say I was creeping along. “First World Suffering” through rest-days was all it took to prove that recovery is not for wimps.

The point of training with power is to be more calculated, strategic, and efficient with every training plan and in what I do during each ride. I find, when you know you can fully rely on the quality, precision and consistency of your powermeter’s data, it brings a certain level of comfort and confidence that makes going all-in on every effort (even when it’s a super easy recovery ride “effort”) feel that much more rewarding… And in turn fun. Amazing results in cycling have their roots in fun. It’s the truth. That’s why I love being able to rely on my data from my 4iiii powermeters.

As a professional cyclist, training with power is what allows my coach (Chris Rozdilsky of P2 Performance in Montreal) see exactly what I can do during any given race, workout, or block of time. The numbers help paint the picture of what type of workouts I need for my body to make the adaptations it needs to so I can hit certain targets or peak for certain events. We use Training Peaks to follow historical data from previous seasons too, and that helps understand why some blocks are more fruitful than others, and even make plans and set goals for the off season. 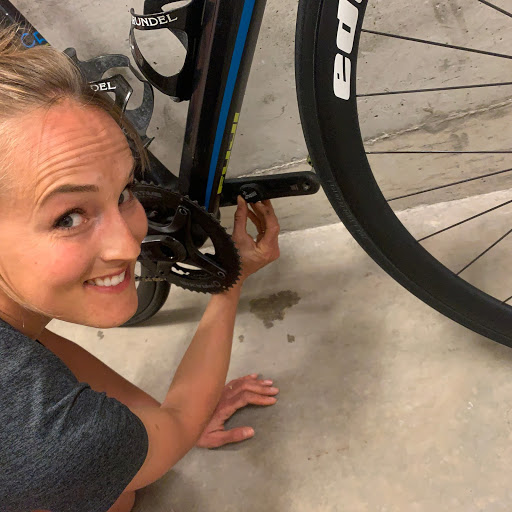 Most of my high-quality, high-intensity workouts are very structured. Chris suggests specific power number targets, the duration of time to hold the power, and how long to recover between each effort. Training with power has huge psychological benefits for me because I don’t second guess whether or not I’m going hard enough. I simply do what it takes to follow the numbers for each session, and give myself permission to rest afterwards. The power meter also helps me understand when I am tired. Many of us cyclists learn to disconnect ourselves from the instinct to stop, from the feeling of discomfort, and from signs of fatigue. I definitely have my power meter to thank for helping show some hints that “YO, LEX! Time to chill out. Take a nap. Have a spa day. Ride your moto. Call your grandmother.” Gotta love a power meter.

Lex Albrecht is a professional Canadian road cyclist, a member of the Canadian National Cycling team and has ridden for several professional UCI and UCI Women’s World Tour Teams.

Getting Crank-y about Accuracy Testing 4iiii Innovations Inc. is the Official Powermeter Sponsor for Israel Start-Up...
Scroll to top